Even though the Prime Minister changed, from the unarguably homophobic Tony Abbott to the supposedly more ‘gay-friendly’ Malcolm Turnbull, the discriminatory policy of the Liberal-National Government did not – they will not support marriage equality legislation directly, but instead will first subject the issue to an unnecessary, inappropriate, wasteful and divisive plebiscite.

Which means that the key issue for marriage equality in 2016 (and depressingly, likely well into 2017) is opposing this fundamental derogation of duty by Australia’s Liberal and National Party parliamentarians, and calling on MPs, from all sides, to pass a Bill in the House of Representatives and Senate – the same places where marriage equality was banned in 2004.

This page will feature my main posts on this topic, as well as relevant social media images. This includes: 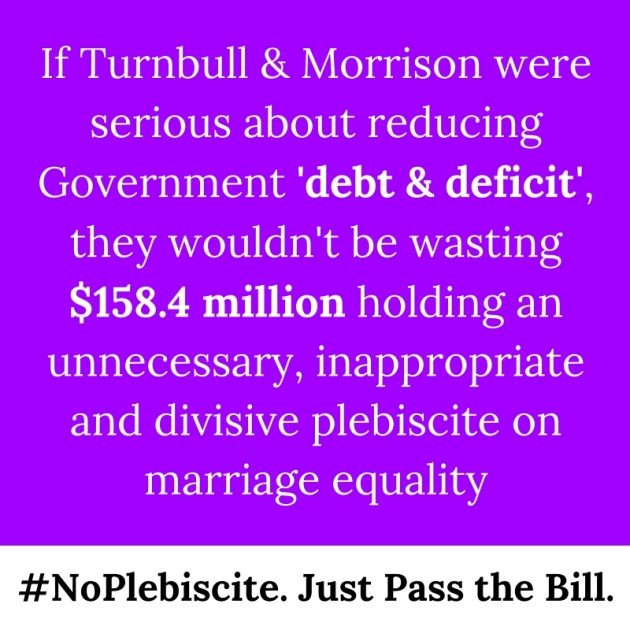