The following is my submission to the current Senate Inquiry into whether there should be a referendum or plebiscite into marriage equality. As you can tell from the title of this post, I am strongly against both.

For more information, or to make your own submission, go here: http://www.aph.gov.au/Parliamentary_Business/Committees/Senate/Legal_and_Constitutional_Affairs/Marriage_Plebiscite

SUBMISSION TO INQUIRY INTO “THE MATTER OF A POPULAR VOTE, IN THE FORM OF A PLEBISCITE OR REFERENDUM, ON THE MATTER OF MARRIAGE IN AUSTRALIA”

Thank you for the opportunity to provide this submission on the question of whether Australia should hold a ‘public vote’ on the issue of marriage equality, and if so what form and timing such a vote should take.

My overall response to this question is that a marriage equality plebiscite or referendum would be unnecessary, inappropriate, wasteful and divisive, and therefore should not be held.

My detailed responses to the terms of reference to the inquiry are set out below.

a. An assessment of the content and implications of a question to be put to electors

b. An examination of the resources required to enact such an activity, including the question of the contribution of Commonwealth funding to the ‘yes’ and ‘no’ campaigns

c. An assessment of the impact of the timing of such an activity, including the opportunity for it to coincide with a general election

d. Whether such an activity is an appropriate method to address matters of equality and human rights

It is absolutely inappropriate to use a ‘public vote’ to determine whether all people should be treated equally under the law, irrespective of sexual orientation, gender identity or intersex status.

The recognition of the human rights of lesbian, gay, bisexual, transgender and intersex (LGBTI) Australians should not be subject to a popularity contest, and only granted if enough people express the view, through such a vote, that we are ‘worthy’.

In circumstances where it is not already formally recognised, the right for all couples to be married under secular law should be recognised in the usual place and in the usual way – in our nation’s parliament.

Turning specifically to the question of a referendum, the High Court has already found that the Commonwealth Parliament has the constitutional power to introduce marriage equality.

In the 2013 case overturning the Australian Capital Territory’s same-sex marriage laws, the High Court stated, unequivocally, that: “[w]hen used in s51(xxi), “marriage” is a term which includes a marriage between persons of the same sex.”[i]

This makes those who argue for a ‘constitutional referendum’ on this subject, or who even suggest that one could be held, seem to be one of two things, either:

While there are fewer legal arguments against holding a plebiscite on marriage equality, there remain strong reasons why it would be inappropriate.

First, as described above, whether human rights are recognised or not should not be determined through a popularity contest.

Second, the result of any such plebiscite would not be binding on the Parliament, and there would obviously be no requirement for a successful result to be recognised immediately (as demonstrated by the 1977 plebiscite on the national anthem, which was not legislated until 1984).

Third, and related to the above, the suggestion to hold a plebiscite on marriage equality appears to be nothing more than a delaying tactic, designed to hold off the prospect of full equality for LGBTI Australians for at least another term, or more (especially given Prime Minister Abbott has expressed his desire for it to be held after the next federal election, and even then after the referendum on constitutional recognition for Indigenous Australians).

Fourth, and finally, it should be noted that the same people who are arguing for a plebiscite now (including Prime Minister Tony Abbott, Deputy Liberal Leader and Foreign Minister Julie Bishop and Treasurer Joe Hockey) voted against marriage equality in the Parliament in August 2004 and, joined by Social Services Minister Scott Morrison, did so again in September 2012.

At no point did they express the view that parliamentarians voting on marriage equality was somehow inappropriate – at least while the Parliament was voting ‘No’.

Indeed, in May, responding to the Irish marriage equality referendum and rejecting a similar proposal here, Prime Minister Abbott said that: “questions of marriage are the preserve of the Commonwealth Parliament”.[ii]

The only thing that appears to have changed is that, unlike 2004 and 2012, and were a Liberal Party conscience vote to be granted, marriage equality legislation would have a reasonable chance of success in 2015.

Which only makes the decision to reject the concept of a parliamentary vote, in favour of a plebiscite, appear even worse.

It is not just moving the goalposts, it is changing the fundamental rules of the game, to thwart opponents who simply want the right to be treated equally under the law.

It is beyond unreasonable, it is hypocritical and grossly unfair, and should be rejected.

A referendum or plebiscite on marriage equality would also be extraordinarily wasteful.

Public estimates of the cost of holding such a vote (particularly when it is a standalone ballot, which is the preference of Prime Minister Abbott) have put the figure at in excess of $100 million.[iii]

This is extraordinarily expensive, particularly given introducing marriage equality is something that could be done by our nation’s Parliament in the ordinary course of events, at no additional cost to the taxpayer.

Of course, if the Abbott Liberal-National Government genuinely wants to spend $100-150 million on issues of concern to lesbian, gay, bisexual, transgender and intersex Australians, then might I suggest the following:

All of these suggestions, and indeed a great many others, would be better uses of public monies than throwing millions of dollars away on an unnecessary, inappropriate and wasteful plebiscite or referendum.

In addition to the above reasons, it should also be acknowledged that a public vote on marriage equality has the potential to be incredibly divisive, and therefore dangerous.

This is because any referendum or plebiscite would necessarily stir up homophobia, biphobia, transphobia and intersexphobia in the community, and especially in the media.

We experienced a small taste of what such a debate would look like this week when the Daily Telegraph newspaper devoted its front page, and several pages thereafter, to attacking the idea that students should be exposed to the reality that rainbow families exist, and are normal (with one columnist even ‘bravely’ telling a 12 year old girl that her family was not normal).

The only positive aspect of this outrageous and horrific ‘beat-up’ is that it has gradually receded in prominence, replaced by other stories as part of the regular news cycle.

Unfortunately, the holding of a plebiscite or referendum on marriage equality would all but ensure that such stories were featured prominently for days, weeks or even months on end.

We should not underestimate the damage that such a vote would cause.

Research consistently finds that young lesbian, gay, bisexual and transgender people are disproportionately affected by mental health issues, and have substantially higher rates of suicide than their cisgender heterosexual counterparts, with one of the main causes being the discrimination and prejudice to which they are exposed every day.

A bitter and protracted public debate, about whether who they are should be treated equally under the law or not, would inevitably have a significant, negative impact on their mental health.

But they would not be the only ones adversely affected. A nasty campaign against the equality of LGBTI families, which would be an inevitable part of any public vote, would also negatively impact on the wellbeing of the children of these families.

Indeed, nearly all LGBTI Australians would probably be affected in some way by the holding of a public vote to determine whether we should continue to be treated as second class citizens by our own country or not. Such a vote should not be held.

A plebiscite or referendum on marriage equality would be unnecessary, inappropriate, wasteful and divisive. It should be comprehensively rejected by this Inquiry, and by the Commonwealth Parliament.

e. The terms of the Marriage Equality Plebiscite Bill 2015 currently before the Senate

I believe that a plebiscite or referendum on marriage equality would be unnecessary, inappropriate, wasteful and divisive.

I therefore call on all Senators to reject the Marriage Equality Plebiscite Bill 2015 currently before the Senate, and to resist any and all attempts to hold a plebiscite or referendum on this subject in the future.

f. Any other related matters

There is absolutely no justification whatsoever to hold a referendum on something which the High Court has already found is within the power of the Commonwealth Parliament.

Nor is there any justification to hold a plebiscite on marriage equality. I am 37 years old, and there has not been a federal plebiscite in my lifetime.

It is bizarre, and offensive, that the first plebiscite since 1977 should be held to determine whether my relationship should be treated equally under the law.

My fiancé Steven and I recently celebrated our 7th anniversary. We have been engaged for more than five and a half years. We, like thousands of other LGBTI couples in Australia, are done waiting.

We have gone to protests, we have written submissions, we have commented in the media, we have patiently (and sometimes less than patiently) campaigned for change.

Finally, when the numbers for reform appear to exist within the Parliament, if not this year then certainly after the 2016 election (irrespective of who wins), Prime Minister Abbott and the Liberal-National Government he leads seek to change the rules.

Despite voting against my equality for more than a decade, without reservation, he and his colleagues now believe that this is not something which can be determined by the Commonwealth Parliament.

Plainly, they are wrong. Marriage equality can and should be passed, in the House of Representatives and the Senate, the same places where it was banned in August 2004.

And, if our current House of Representatives MPs and Senators will not do their job, if they refuse to legislate for the equal right to marry for all Australians irrespective of sexual orientation, gender identity or intersex status, then the Australian people must do their job next year and vote them out. Because LGBTI Australians have waited long enough.

Thank you for taking this submission into consideration. 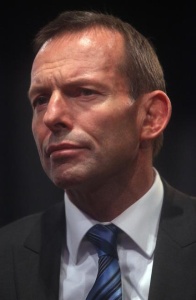 [iii] “Williams said the average cost of a referendum was between $100m and $150m outside an election and half that if it was held in conjunction with an election”: “Tony Abbott says no to referendum on same-sex marriage, despite Irish vote”, Guardian Australia, 24 May 2015: http://www.theguardian.com/world/2015/may/24/tony-abbott-says-no-to-referendum-on-same-sex-marriage-despite-irish-vote

One thought on “No Referendum. No Plebiscite. Just Pass the Bill.”