Marriage equality should be exactly that: equal.

Unfortunately, that is not the case in Australia. While the passage of the Marriage Amendment (Definition and Religious Freedoms) Act 2017 allowed LGBTI couples to marry, it did not treat us exactly the same as cisgender heterosexual couples had been treated previously.

This page looks at the ways in which the Marriage Act 1961 (Cth) is unequal, as well as past posts which formed part of the (unsuccessful) campaign against this discrimination.

The primary post is my 2017 analysis of the then-Bill proposed by Liberal Senator Dean Smith:

I have also written follow-up pieces looking at the specific issues of forced trans divorce:

And examining the special privileges now enjoyed by religious marriage celebrants, and the broad religious exceptions in the Marriage Act:

Older posts which formed part of the campaign against this discrimination include: 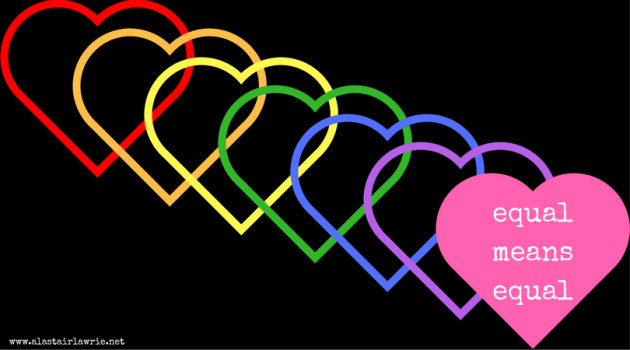