It is now 18 months since the passage of legislation that finally allowed lesbian, gay, bisexual, transgender and intersex people the right to marry under Australian law.

Well, most LGBTI people. Because it did not immediately overrule the laws of some Australian states and territories that prevent people who are married from changing their identity documentation to reflect their gender identity. In effect, making some trans and gender diverse people choose between the recognition of their relationship, and recognition of who they are.

Instead, the Marriage Amendment (Definition and Religious Freedoms) Act 2017 gave states and territories 12 months in which to update relevant legislation to provide married people with the same opportunity to update their birth certificates as unmarried people.

At the end of this 12-month period, on 9 December 2018, the existing exemption under sub-section 40(5) the Sex Discrimination Act 1984 was repealed:

Nothing in Division 2 renders it unlawful to refuse to make, issue or alter an official record of a person’s sex if a law of a State or Territory requires the refusal because the person is married.

So how did the states and territories respond?

First, there are two jurisdictions that had already abolished forced trans divorce prior to the passage of the Marriage Amendment (Definition and Religious Freedoms) Act:

The Australian Capital Territory, where section 24(1) of the Births, Deaths and Marriages Registration Act 1997 does not make any distinction on the basis of whether a person is married or unmarried, and

South Australia, where sub-section 29I(3) of the Births, Deaths and Marriages Registration Act 1996 explicitly states that an application to change sex or gender identity ‘may be made under this section even if the person is married.’

There are four other jurisdictions that passed legislation within the 12 month time-frame granted to repeal forced trans divorce:

Victoria, where Parliament approved the Justice Legislation Amendment (Access to Justice) Act 2018 on 22 May. Among other things, this law repealed the requirement in section 30A of the Births, Deaths and Marriages Registration Act 1996 that a person be unmarried in order to apply to alter their details on the register, and

New South Wales, which passed the Miscellaneous Amendment (Marriages) Act 2018 in June. Similar to the Victorian Act, this legislation removes the requirement in sub-section 32B(1)(c) of the Births, Deaths and Marriages Registration Act 1995 that a person be unmarried in order to apply to alter the register to record change of sex.

Queensland, which also passed its Births, Deaths and Marriages Registration Amendment Act 2018 in June, amending the requirement in section 22 of the original Act that a person be unmarried for their sexual reassignment to be noted on the Register, and

The Northern Territory, which passed the Births, Deaths and Marriages Registration and Other Legislation Amendment Act 2018 in late November, taking effect on 6 December with only three days to spare.

Which means that, at the time of the December 2018 deadline, two out of eight Australian states and territories had failed to repeal forced trans divorce:

Of course, it is disappointing that it took another 17 months for trans and gender diverse Australians to gain access to marriage on the same terms of lesbian, gay and bisexual people.

But it is still worthy of celebration that the abhorrent legal discrimination that was forced trans divorce has finally been made history.

Finally, this doesn’t mean the struggle for LGBTI equality in Australia is over – there is plenty left to do as part of the LGBTI agenda (see here). 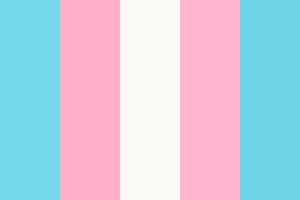 * This article was originally published in June 2018 as ‘Ending Forced Trans Divorce: Mission Half Accomplished’.