The July 2015 ALP National Conference was one of the most important opportunities to progress LGBTI rights in Australia this decade.

In the lead-up to this Conference, I joined with others within and outside the party to push for the existing platform position supporting marriage equality to be made binding on its MPs, obliging them to vote in favour the next time it comes before Parliament.

This page includes my posts in the lead-up to ALP National Conference 2015, explaining why I genuinely believed #ItsTimeToBind for the ALP on marriage equality, as part of a much broader LGBTI agenda:

Of course, in terms of a binding vote on marriage equality, this campaign was only partially successful – ALP National Conference delegates did decide to adopt a binding vote, but only after the 2019 Federal election (which is both patently ridiculous, and will possibly come after marriage equality is achieved in Australia anyway).

Nevertheless, there were successes across a wide range of other LGBTI policy areas. I have written about those wins, alongside the loss on binding before the 2019 poll (and the even worse loss on refugee policy) in my long-overdue summary of the Conference: The Good, the Bad, & the Ugly of ALP National Conference 2015. 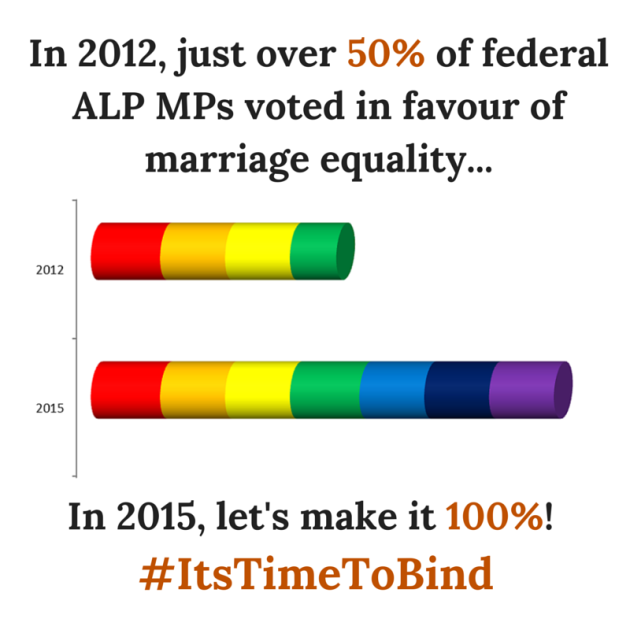