Earlier this month, Michelle Grattan’s piece in The Conversation, looking at controversial issues in the lead-up to ALP National Conference, included the following paragraph in relation to a potential binding vote on marriage equality:

“But moving away from a conscience vote would be very risky for party unity, and would require a get-out-of-jail card. Some Catholic MPs would not be able to support a bill for gay marriage – but if they voted against in defiance of a ‘binding’ position they would, under Labor rules, be expelled. A decision to bind MPs would need a qualification such as an explicit right to abstain. It would be less complicated for Shorten if the conscience vote stayed intact” (emphasis added, full article: http://theconversation.com/grattan-on-friday-shorten-faces-testing-issues-as-labor-conference-approaches-39694 ). 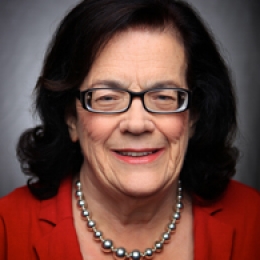 Michelle Grattan of The Conversation

My first reaction was WTF? My second was to check the date – alas it was published two days too late to be an April Fool’s Day joke, even if the idea of a binding vote that includes an explicit right to abstain is absurd enough for April 1st.

Of course, it is difficult to apportion blame to Ms Grattan for coming up with the idea – given her decades of experience in covering politics I am confident that this idea must be being pursued by some within the ALP, and discussed with her, rather than being an intellectual frolic of her own.

In which case, someone needs to explain to those behind this push that a binding vote does not mean what they think it means, if they genuinely believe it can incorporate an ‘explicit right to abstain’.

Instead, what they are pursuing is an entirely new principle, or rule, within the Australian Labor Party – the idea of optional or ‘opt-out’ policy. And it flies in the face of more than 120 years of Labor Party history, and the concept of solidarity that applies to the ALP, and the labour movement, generally.

I struggled for several days to even come up with an appropriate analogy for this truly bizarre idea, because it is so anathema to traditional ‘labour values’. But here goes anyway:

MPs and Senators abstaining rather than voting for formal ALP policy is like union members calling in sick rather than going on strike with other employees. Sure, the employer doesn’t get a day’s work from them, but nor do they do anything to advance the cause of their fellow worker. They selfishly collect their own pay cheque, while abandoning the interests of the collective. And that makes them no comrade of mine.

There are many things about such a proposal that I find offensive, not least of which is the blatant hypocrisy. From August 2004 until December 2011, the Australian Labor Party did have a binding vote on marriage equality – it bound its MPs and Senators to vote against equality.

All of them. There was no conscience vote, and definitely no ‘right to abstain’, not even for those MPs and Senators who were obliged to vote against their own personal equality, on the basis of their sexual orientation, and against the equality of their relationships.

Nor was there a ‘right to abstain’ for those progressives who supported the full equality of lesbian, gay, bisexual, transgender and intersex (LGBTI) Australians. And we shouldn’t underestimate how deeply that belief – that all people should be treated equally, irrespective of sexual orientation, gender identity or intersex status – is held by many people within the ALP.

In fact, it would be hard for anyone to assert that religious beliefs are more deeply held, or more important, than the fundamental belief that all people are equal, and should be treated as such.

Yet I cannot recall a motion at either the 2007 or 2009 ALP National Conferences, held during the period of the operation of the binding vote against marriage equality, seeking an ‘explicit right to abstain’ for those who supported equality. Perhaps those trying to promote this option now could produce evidence that they supported such a proposal at the time?

It would also be difficult to assert that an explicit right to abstain should exist to allow religious conservatives to oppose the equality of LGBTI relationships, but not to allow progressive members of caucus to abstain from policies which allow the offshore detention and resettlement of refugees to Australia, or indeed on a range of other issues.

And, if the Labor Party were to start making a number of its policy positions optional, or ‘opt-out’, then it would start to resemble something very different to what it is today, what it has been for decades, and unrecognisable from the party I joined 13 years ago.

What is almost as offensive as the double standard above is that the position of anyone seeking to push for a right to abstain on the basis of religious belief is also, at its core, illogical.

Those MPs and Senators opposed to equality could continue to believe, as part of their faith, that LGBTI relationships are second-class and not as worthy of celebration as those of cisgender heterosexual couples. They could even continue to judge same-sex ‘acts’ as sinful (even if, for many of them, their religious leader has recently asked ‘who am I to judge?’).

All a binding vote would do is compel ALP MPs and Senators, as members of a secular party, sitting in a secular parliament, to recognise LGBTI relationships as being equal under secular law. Nothing more and nothing less.

Their personal religious beliefs should not prevent them from being able to vote for secular equality. And if they can’t, then maybe they have chosen the wrong profession.

Even now, ten days after reading Ms Grattan’s article, I am having trouble reconciling how people within my party could be considering trashing the ALP’s traditions, all because they are so opposed to the idea that couples like Steve and I might enjoy the same rights that they currently take for granted.

Indeed, it is almost flattering that they are so threatened by LGBTI relationships, as if we are so radical, and powerful, that the simple act of us getting married will somehow wreak havoc on their world (instead of the reality that many of our relationships are as ordinary, with the same ups and downs, and love, and yes even arguments, as everyone else’s).

But hopefully, come July, such flattery will get them nowhere. The ALP National Conference in Melbourne should adopt a binding vote in favour of marriage equality, and there is absolutely no reason why it should make that position optional by including an ‘explicit right to abstain’ for certain MPs and Senators.