The right to education is one of the most fundamental of all human rights.

This is both because education has incredible intrinsic value, and because of the significant consequences it can have on an individual’s life outcomes, from employment to health, housing and justice, as well as the ability to fully participate in society.

The community also has a collective interest in ensuring that all of its members are able to access the right to learn. Why then does Australia allow ongoing inequality in the enjoyment of this important right?

I could be talking here about the gross disparity in educational outcomes for Indigenous Australians compared to their non-Indigenous counterparts (with the latest Closing the Gap report showing that Governments are not on track to meet commitments for school attendance, and literacy and numeracy).

I could also be talking about the completely disproportionate levels of funding provided by the Commonwealth to private schools over public schools, with ACARA estimating that the Commonwealth Government allocated $8,053 for every private school student compared to just $2,645 per public school student in 2016-17. (Apparently some students are worth more than others.)

Instead, for the purposes of this article, I will focus on the fact that cisgender heterosexual students are better able to exercise their right to learn than lesbian, gay, bisexual and transgender (LGBT) students.

This is because cisgender heterosexual students in Australia are free to enjoy the right to education without fear of discrimination simply on the basis of these attributes. Unfortunately, the same is not true for far too many LGBT students around the country.

That is because the anti-discrimination laws of several Australian jurisdictions allow religious schools to lawfully discriminate against students on the basis of their sexual orientation and gender identity. This includes:

The NSW Anti-Discrimination Act 1977 (which in fact allows all private schools and colleges to discriminate on the basis of homosexuality, and transgender, even where the school is not religious)

On the other hand, LGBT students are legally protected against discrimination at religious schools in Queensland, Tasmania, the ACT and the Northern Territory [for a complete summary of the situation nationally see: Back to School, Back to Discrimination for LGBT Students and Teachers].

However, we should not allow this conversation to be dominated by dry legal analysis, when it is the discrimination these laws permit that we should highlight.

For example, these were just some of the responses to my 2017 survey looking at The State of Homophobia, Biphobia and Transphobia in Australia:

“I was given detention and threatened with suspension for revealing I was attracted to girls at a Christian high school. I was forced to endure hands-on prayer to rid me of the homosexual demons.”

“I was at a Christian private school in north Sydney, we had lessons in religion that focused on why being gay is wrong and how you can change.”

“My friend goes to a Catholic school and is bisexual. Her music teacher gives her shit about being bisexual and says that she is sinning and she will be going to hell.”

I also know from bitter personal experience just how toxic these environments can be, having (barely) survived five years at a religious boarding school in Queensland in the early 1990s.

As these accounts demonstrate, the discrimination LGBT students endure at the hands of religious schools concerns far more than simply admission, or expulsion – instead, it is more insidious, and effects every moment of every school day.

The fact this prejudice is legally allowed in several Australian jurisdictions is almost unbelievable – and totally unacceptable.

Students should be focused on studying for their exams, not studying how to conceal their sexual orientation or gender identity.

Students should be worrying about whether the person they ask to take to the formal says yes, not worrying that they will be suspended because their date is the same gender they are.

Students should be doing what most teenagers do – complaining about their school uniform – not fearing punishment for wearing the uniform that matches their gender identity.

Students should be learning what they need to stay safe in their health and physical education, and sex-ed, classes, not being made to feel invisible and forced to pick up bits and pieces from far less reliable sources.

Students who experience homophobic, biphobic or transphobic bullying should be able to have confidence that their school will be on their side, not wondering whether they will be the ones disciplined instead simply because they are LGBT.

Students should be thinking about what they would like to do after they finish their education, not contemplating whether they will even survive it.

Above all, students should be given the gift of curiosity about the world around them, not taught that the world hates them because of who they are.

These are just some of the ways in which lesbian, gay, bisexual and transgender students are currently denied the same right to learn that their cisgender heterosexual equivalents enjoy.

It is a situation that has been created by the actions of politicians – and has been allowed to persist because of their inaction.

That includes Prime Minister Scott Morrison’s broken promise, made in October last year, to protect LGBT students in religious schools against discrimination by amending the Sex Discrimination Act before the end of 2018.

Instead, we now have an Australian Law Reform Commission inquiry into religious exceptions that won’t report until April 2020, and a re-elected Liberal-National Government that likely won’t do anything until the second half of next year (at the earliest).

We must also pressure the state governments of NSW, Victoria, Western Australia and South Australia to fix their own broken laws. There is no possible excuse any of them could proffer that would justify allowing this mistreatment to continue.

Because reading is fundamental, as is writing, arithmetic, and all of the other essential skills that are imparted by teachers today. And all students deserve access to them, irrespective of who they are.

Education is a human right that must be provided to everyone equally, without discrimination on the basis of sexual orientation or gender identity. That currently isn’t the case in Australia. It’s something we must change for the sake of LGBT students now, and for the generations yet to come. 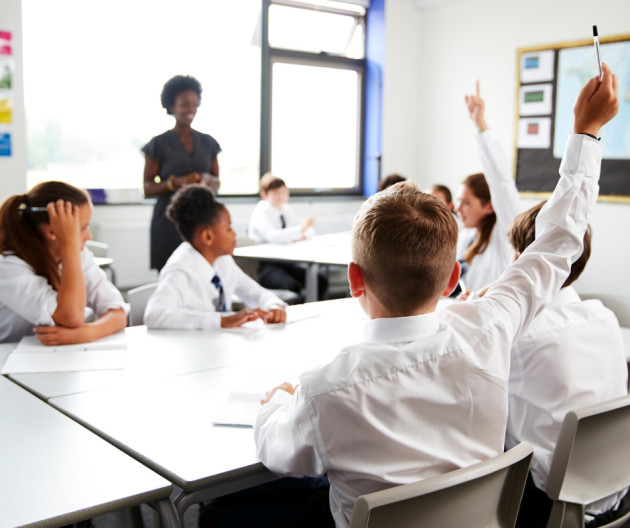 All students have an equal right to education, including LGBT students.

4 thoughts on “The Right to Learn”