The Queensland Government has introduced legislation to finally abolish ‘forced trans divorce’ in that state. The following is my submission to the Parliamentary Committee which is considering this Bill. More details about this inquiry can be found here.

Thank you for the opportunity to provide a submission in relation to the Births, Deaths and Marriages Registration Amendment Bill 2018.

In short, I strongly support this legislation. As noted by Attorney-General, the Hon Yvette D’Ath, in her second reading speech, the Bill ‘makes an important and necessary amendment to ensure true marriage equality is realised for sex and gender diverse Queenslanders.’

The existing provisions of the Births, Deaths and Marriages Registration Act 2003, which require that married transgender people must divorce their spouses before they are able to have the reassignment of their sex noted on the birth register, are a gross violation of human rights.

Forced trans divorce does not respect the right to personal autonomy and self-determination of trans and gender diverse people.

Forced trans divorce also does not respect the ability of all people to choose who they marry, and then to decide between themselves whether they remain married – rather than having that decision made for them by government.

Forced trans divorce is in direct contravention of Article 26 of the International Covenant on Civil and Political Rights which provides that:

The amendments proposed in this Bill will help address these human rights breaches. If passed, it will ensure that nobody is left in the impossible situation of having to choose between staying married to the person they love and being able to access identity documentation that reflects their gender identity.

I therefore urge the Legal Affairs and Community Safety Committee to recommend the passage of the Births, Deaths and Marriages Registration Amendment Bill 2018 and for all members of Queensland Parliament to act on that recommendation.

Before I conclude this submission I would also note that forced trans divorce is not the only aspect of the Births, Deaths and Marriages Registration Act 2003 which breaches the human rights of trans and gender diverse people in Queensland.

In particular, their right to personal autonomy and self-determination is violated in three key ways:

I note that in her second reading speech Ms D’Ath stated that:

The Palaszczuk government is strongly committed to ensuring our laws support the rights of sex and gender diverse Queenslanders. The focus of the first public discussion paper for the recently commenced review of the BDMR Act is examining how Queensland life event registration services can improve legal recognition of lesbian, gay, bisexual, transgender and intersex Queenslanders and their families. I encourage all Queenslanders to access the discussion paper on the Get Involved website and have their say.

[NB The Registering life events: Recognising sex and gender diversity and same-sex families Discussion Paper can be found here. Submissions are due by 4 April.]

I look forward to the three human rights violations identified above being addressed through that process. However, I believe it is important they are highlighted here because, while the Births, Deaths and Marriages Registration Amendment Bill 2018 is an important step forward, it is by no means the end of the journey towards the full recognition and acceptance of trans and gender diverse Queenslanders.

If you would like additional information, or to clarify any of the above, please do not hesitate to contact me. 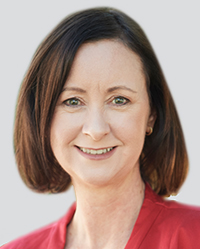 Update 12 December 2018: The Births, Deaths and Marriages Registration Amendment Bill 2018 was passed by Queensland Parliament on 13 June, and commenced on 18 June, finally bringing forced trans divorce in that jurisdiction to an end. The consultation process about broader reforms to the Births, Deaths and Marriages Registration Act 2003 is ongoing.

‘means a surgical procedure involving the alteration of a person’s reproductive organs carried out:

(a) to help the person to be considered a member of the opposite sex; or

(b) to correct or eliminate ambiguities about the sex of the person.’