To whom it may concern

Thank you for the opportunity to provide a submission on this important topic. In this submission, I will respond to the information presented in the Consultation Paper, while highlighting a fundamental issue that is not addressed in its 56 pages.

Specifically, in discussing existing screening of aged care workers, as well as options for increased screening and/or registration, the Consultation Paper fails to mention a de facto form of screening which already takes place – the lawful exclusion of lesbian, gay, bisexual and transgender (LGBT) employees by some government-funded aged care services operated by religious organisations.

This discrimination is permitted because of the religious exceptions included in the Sex Discrimination Act 1984 (Cth).

While sub-section 37(2)(a) provides that government-funded aged care services operated by religious organisations are not able to discriminate against lesbian, gay, bisexual and transgender people accessing their services, sub-section 37(2)(b) allows those same organisations to fire, or refuse to hire, LGBT employees simply because of who they are.

Such workplace discrimination is unacceptable in principle. But it is also unacceptable in the context of issues confronting the aged care sector, as articulated in the Consultation Paper.

For example, one of the three problems highlighted on pages 7 and 8, under the heading ‘What are the limitations of the existing approach?’ is the following:

Concern that some critical workers (such as personal care workers) may not have adequate qualifications or skills, English proficiency and/or access to continuous professional development (CPD) to support the delivery of safe and high-quality consumer-centred care

-As noted above, PCWs comprise approximately 70 per cent of the aged care workforce. Over the coming years, there will be an increasing demand for PCWs with industry estimates suggesting that an additional 980,000 workers will need to be recruited to perform roles such as those of PCWs.

In a system with concerns about workforce skills, and a looming shortage of personal care workers (as identified in the quote above), it makes absolutely zero sense to allow a significant proportion of aged care services to legally discriminate against employees on the basis of their sexual orientation and/or gender identity.

This discrimination has a range of negative consequences, both for the individual aged care service, as well as for the system as a whole.

For individual services, by limiting the pool of applicants to cisgender, heterosexual people, it is inevitable that in some circumstances better qualified applicants will be rejected because of personal attributes that have no connection to their ability to perform the role.

In other words, where services only hire the best cisgender, heterosexual person for the job, rather than the best person full stop, the overall quality of care provided will be adversely affected, to the detriment of people accessing that service.

However, the systemic outcomes of such discrimination are even worse.

LGBT people considering a career in aged care may decide against entering the industry entirely if they are aware that a substantial proportion of aged care services can refuse to hire them solely on the basis of their sexual orientation and/or gender identity.

Further, LGBT people who are already in the industry and experience discrimination because of who they are may be more likely to exit the industry prematurely rather than risk being confronted by additional mistreatment.

In this way, the ability of government-funded aged care services operated by religious organisations to discriminate against LGBT employees both limits the number of people considering working in aged care in the first place, and accelerates current employees leaving – at the exact same time the Consultation Paper suggests there is a growing demand for more aged care workers.

Sub-section 37(2)(b) of the Sex Discrimination Act 1984 is therefore a structural barrier to an expanded, and better-qualified, aged care workforce, and one that must be removed as a matter of priority.

This view is reinforced by examining the ‘Objectives of an aged care worker screening or registration scheme’, as outlined on pages 13 and 14 of the Consultation Paper.

All six of these objectives are compromised by the ability of government-funded aged care services operated by religious organisations to discriminate against LGBT employees.

As seen in the above discussion, allowing individual aged care services to hire the best cisgender, heterosexual person for the job, rather than the best person overall irrespective of their sexual orientation and/or gender identity, inevitably means that centre is not able to provide the best possible care to consumers.

This problem is amplified for LGBT employees who are currently employed in government-funded aged care services operated by religious organisations and who must constantly worry about the potential of being discriminated against by current, or future, service operators. Every extra second employees spend hiding who they are for fear of mistreatment is one less second they are able to devote to providing the best possible care to consumers.

Allowing discrimination against current and potential employees simply because they are lesbian, gay, bisexual and transgender seems to be the definition of unnecessary.

This is an often-overlooked problem created by the current inconsistent approach adopted in sub-section 37(2) of the Sex Discrimination Act: while LGBT people accessing government-funded aged care services operated by religious organisations have the right to be out, employees of the same services do not.

The absence of ‘out’ LGBT employees – and the (understandable) reluctance of LGBT workers to disclose their sexual orientation and/or gender identity in the workplace, even to LGBT residents – actually heightens the isolation LGBT residents may feel, at a time when they are already facing increased loneliness.

It is inconsistent to determine that an employee is capable to provide aged care services in one government-funded facility, but not another, simply because of their sexual orientation and/or gender identity. The role is essentially the same. The qualifications for performing it should be, too.

This is perhaps the most obvious of the objectives – a person’s sexual orientation and/or gender identity is irrelevant to their ability to perform the role of an aged care worker. It is unnecessary, and above all unjustified, discrimination to allow these workers to be fired, or refused to be hired, just because of who they are.

Encouraging more people to train to be aged care workers, but then allowing them to be discriminated against because they are lesbian, gay, bisexual and transgender, is inherently wasteful.

It is a waste of the individual’s time, and in many cases, money (both spending to obtain the necessary qualifications, and lost income because of discrimination). It is wasteful for governments, who subsidise their training and must train even more people to replace those who may be lost to the industry because of discrimination. And it is wasteful for consumers, who miss out on the best possible care because of an irrelevant attribute.

Based on all of these arguments, and while I acknowledge the Consultation Paper’s arguments in favour of enhanced screening and/or registration requirements for aged care workers, I submit that the first step to improve the quality of the aged care workforce should be to remove an existing, unnecessary and harmful de facto screening process.

That is to remove the ability of government-funded aged care services operated by religious organisations to discriminate against employees and potential employees on the basis of their sexual orientation and/or gender identity.

This would obviously have a positive outcome for LGBT aged care workers, including making their retention in the overall industry more likely.

Above all, it would improve the quality of aged care provided in Australia – and that would meet the objectives of any aged care worker regulation scheme.

Recommendation: That sub-section 37(2) of the Sex Discrimination Act 1984 (Cth) be amended to remove the ability of government-funded aged care services operated by religious organisations to discriminate against LGBT employees and potential employees.

Thank you in advance for considering this submission. Please do not hesitate to contact me at the details provided if you require additional information. 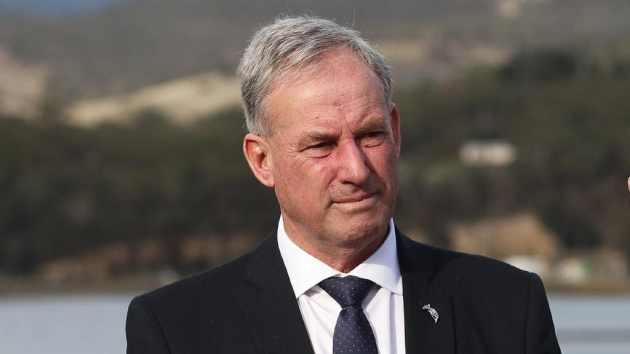