In a similar way to reason #9 (“Because sometimes I feel guilty for having #firstworldproblems”), one of the things that frustrates me about marriage equality is that this issue has come to dominate domestic LGBTI politics to such an extent that it can, and has, overshadowed other important issues.

Now, that is not necessarily a criticism of marriage equality campaigners, including Australian Marriage Equality. They have done a fantastic job of promoting marriage equality and ensuring that, over the past 12 years, it has gone from what could be described as a ‘minority concern’, to one of widespread acceptance across the Australian population (even if our parliamentarians are taking far too long to catch up).

It is also not to dismiss the fact marriage equality is an important issue in and of itself – obviously, as someone who is engaged themself, I understand the emotional pull at the heart of this issue which compels so many people to take action (and any regular reader of this blog would note the high volume of posts which relate to the denial of this right, not just in Australia but around the world).

But, and this is a big but, I am not sure that this completely justifies the disproportionate attention, and in some cases, disproportionate energy, which has been given to the issue of marriage equality by our community, especially over the past four or five years.

That statement might be a little bit controversial, so allow me to provide some context before you make up your mind. Let’s compare, for example, the community response (both our own, and the broader Australian community) to marriage equality with that regarding three other important LGBTI issues.

In April 2012, the House of Representatives Standing Committee on Social Policy and Legal Affairs inquiry into two marriage equality bills conducted an online survey – to which 276,437 Australians responded (including more than 177,000 people in favour).

In subsequent months, the related Senate Standing Committee on Legal and Constitutional Affairs Inquiry received a record number of formal submissions – approximately 79,000, with roughly 46,400 people taking the time to write in support of a Marriage Act that does not discriminate on the basis of sexual orientation, gender identity and intersex status.

Around the same time, the Gillard Government was preparing legislation which would, for the first time ever, provide anti-discrimination protections under Commonwealth law on those exact same grounds.

These protections were contained, along with a range of other measures, in the Human Rights and Anti-Discrimination (HRAD) Bill 2012. The Exposure Draft of that legislation was considered by the same Senate Committee, and a still ‘healthy’ 3000 submissions were made (although, it has to be pointed out, many did not address the specific issue of LGBTI anti-discrimination but were in fact about other aspects of the Bill).

The HRAD Bill was eventually replaced by the Sex Discrimination Amendment (Sexual Orientation, Gender Identity and Intersex Status) Bill 2013, which, as the name suggests, focused exclusively on LGBTI protections. When it too was considered by the Senate Standing Committee on Legal and Constitutional Affairs, in June 2013, just 90 standalone submissions were made. Nine. Zero. Or about 0.11% of the total submissions on marriage equality, to the same Committee, just 12 months prior.

To choose another example – during 2012 and 2013 the Australian Curriculum, Assessment and Reporting Authority (ACARA) drafted the national Health & Physical Education curriculum, something which had the potential (or should have anyway) to help young lesbian, gay, bisexual, transgender and intersex students in classrooms around the country.

Except, as I have written previously, the first draft of that curriculum did not even mention the words lesbian, gay or bisexual, erroneously included trans* and intersex in the same definition (and even then only referred to them in the glossary!) and essentially ignored sexual health and HIV.

In 2014, the HPE curriculum, together with all other subject areas, were referred by the then Commonwealth Education Minister, the Hon Christopher Pyne MP, to homophobe Kevin Donnelly for yet another review. The grand total number of written submissions to that inquiry – of which only a small number would have focused on LGBTI exclusion from Health & Physical Education – was approximately 1,500.

One final example. Again, at the same time as the marriage equality parliamentary debates and the Sex Discrimination Act inquiry were going on, the Senate Standing Committee on Community Affairs was holding its own inquiry on the involuntary or coerced sterilisation of people with disabilities in Australia. One of the key issues examined by that inquiry – perhaps not to begin with, but certainly by the end, primarily as a result of the hard work of groups like OII Australia – was the involuntary or coerced sterilisation of intersex people.

Now, the intersex community might be small in number, even within our own community (see Notes) – but there is no denying this issue looms large in terms of all of the human rights abuses perpetrated against any member of the LGBTI community in Australia, at any point in our history. So, it was perhaps disappointing that the entire Senate inquiry – and not simply for the Report focusing on intersex issues – received just 91 standalone submissions.

Of course, simply counting submissions in this way doesn’t necessarily reflect other work undertaken, by a range of groups, with respect to anti-discrimination protections, the curriculum or intersex rights – much of which happens behind the scenes.

As indicated above, the high volume of submissions to marriage equality inquiries is also a testament to the hard work of groups like Australian Marriage Equality (and others, including GetUp!), in terms of mobilising the community.

There are also other advantages enjoyed by the issue of marriage equality (it is part of a clear, single-issue global movement, in recent years at least has emerged as part of the cultural zeitgeist, it is a much simpler yes/no policy question), not enjoyed by some of the other issues identified.

And it is much easier to report on – the images of brides and grooms either being denied legal equality, or enjoying newly-won rights, makes marriage equality a very ‘photogenic’ issue. The fact our opponents have given consistently outrageous comments also makes reporting on ‘conflict’ in this area much more straightforward for journalists.

It is even arguable that the disproportionate focus on marriage equality may actually be necessary in order to achieve such a significant and, until recently, almost unimaginable, social change.

And yet, when I reflect on the level of commitment which goes into marriage equality, compared to other important LGBTI issues, I find myself sometimes lamenting that we do not put the same level of energy, and dedicate the same level of time and resources, into the latter.

So, by all means I encourage you to support – or continue to support – the important work that Australian Marriage Equality does (to find out how to get involved, go here).

But, at the same time, it would be great if more people would also support some of the other organisations that, in addition to working on marriage equality, also advocate on a range of other LGBTI issues, which are no less important to the long-term health and well-being of our community. They include:

Those are four groups that I am or have been involved in, or have worked with – but there are a range of other LGBTI advocacy groups in states and territories around the country worthy of your support. Because, while marriage equality might be an important thing, it is not and never has been the only thing. 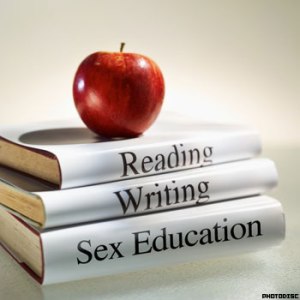 The national Health & Physical Education curriculum will have an impact on young LGBTI people for years, if not decades.