The Sydney Gay & Lesbian Mardi Gras Parade is on tonight, and I am looking forward to attending the festivities in Taylor Square.

Although it will likely be in less noteworthy company than last year when, through an unlikely combination of circumstances, I ended up watching most of the parade standing next to NSW Premier Gladys Berejiklian.

Always the activist, and never one to waste an opportunity, I did manage to ask her an LGBTI rights question during the event. The question I chose:

Are you aware that NSW is the only jurisdiction in Australia that does not protect bisexuals against discrimination?

The Premier answered that ‘no, she wasn’t aware of that’ (or words to that effect) before turning back to talk to her companions.

In her defence, she would not have been alone in not knowing about this bizarre, and unacceptable, loophole in the NSW Anti-Discrimination Act 1977 (although she definitely cannot claim ignorance now).

And one that wasn’t fixed when a definition of ‘homosexual’ was inserted in section 4 of the Anti-Discrimination Act in 1994: ‘homosexual means male or female homosexual’.

This is the definition that remains to this day. Which quite clearly excludes people whose sexual orientation is towards people of the same sex and people of different sexes. [Interestingly, it also prevents heterosexual people from enjoying protection under the Act].

As I stated in my question to Ms Berejiklian, NSW is alone in having such a narrow definition.

The Commonwealth prohibits discrimination on the basis of ‘sexual orientation’ in the Sex Discrimination Act 1984, with a definition that clearly covers lesbian, gay, bisexual and heterosexual people.

Victoria, Western Australia, South Australia and Tasmania all also prohibit discrimination on the basis of ‘sexual orientation’, while Queensland the Australian Capital Territory and the Northern Territory cover ‘sexuality’ [for more, see A Quick Guide to Australian LGBTI Anti-Discrimination Laws].

What does NSW’s exclusion of bisexuals mean in a practical sense?

Well, on the positive side, because bisexuals are still protected under the Commonwealth Sex Discrimination Act, discrimination against them in NSW remains prohibited in most (although not all) circumstances.

However, there are limits to this coverage – limits that do not apply to lesbians and gay men.

For example, section 13 of the Sex Discrimination Act provides that protections against discrimination in employment under that Act ‘do not apply in relation to employment by an instrumentality of a State.’

Another practical effect of the exclusion of bisexuals from the NSW Anti-Discrimination Act 1977 is that they are not covered by civil prohibitions on vilification, unlike their gay and lesbian counterparts.

For example, section 49ZT of the Act defines homosexual vilification as ‘to incite hatred towards, serious contempt for, or severe ridicule of, a person of group of persons on the ground of the homosexuality of the person of members of the group.’

Because there is also no prohibition against anti-LGBTI vilification at Commonwealth level, this means bisexual people cannot make a civil complaint of vilification in any circumstance.

Confusingly, bisexual people are protected by the 2018 amendments to the Crimes Act 1900 (NSW), with section 93Z(1)(c) criminalising:

‘a public act [that] intentionally or recklessly threatens or incites violence towards another person or a group of persons on [the ground of] the sexual orientation of the other person or one or more of the members of the group.’

Sexual orientation is then broadly defined in section 93Z(5) as:

‘a person’s sexual orientation towards:

(a) persons of the same sex, or

(b) persons of a different sex, or

Which is obviously welcome, but invites the logical question that, if the NSW Government was willing to include ‘sexual orientation’ in the Crimes Act, why hasn’t it also updated the NSW Anti-Discrimination Act along the same, inclusive, lines?

The third practical effect of the general exclusion of bisexuals from the NSW Anti-Discrimination Act is that it limits their options in terms of where to lodge complaints and/or file lawsuits.

Whereas lesbians and gay men discriminated against in NSW have the ability to complain to either Anti-Discrimination NSW or the Australian Human Rights Commission (AHRC) – and therefore of pursuing legal action in either the NSW Civil and Administrative Tribunal (NCAT) or multiple courts – bisexuals can only complain to the AHRC and can only file in court.

This has implications in terms of the timelines for lodging complaints, the allocation of costs and the potential award of damages.

Each of these practical effects should be sufficient in and of itself to convince the NSW Government to update the Anti-Discrimination Act 1977, and replace ‘homosexuality’ with ‘sexual orientation’.

But, as with most anti-discrimination laws, the symbolic effect is just as important. After all, what does it say about the place of bisexuals in our own community, and society more widely, that they continue to be excluded from the primary legislation in this state which is designed to ensure all people are treated equally?

Unfortunately, it is not just bisexuals who are excluded in this way either.

Although, unlike for bisexuality, NSW is far from alone in these deficiencies:

There is a long, long way to go before Australian anti-discrimination laws adequately and appropriately protect LGBTI Australians against discrimination.

The NSW Anti-Discrimination Act 1977 arguably has the longest journey ahead.[ii] Let’s hope Premier Berejiklian hears that message loud and clear at tonight’s Mardi Gras – and every parade until this exclusionary and out-dated law is fixed. 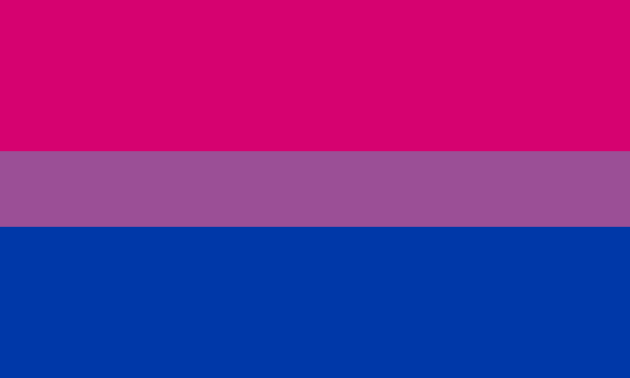 This article is part of a series. Find other ‘Did You Know?’ posts here.

If you have enjoyed reading this article, please consider subscribing to receive future posts, via the right-hand scroll bar on the desktop version of this blog or near the bottom of the page on mobile. You can also follow me on twitter @alawriedejesus

[i] To complicate matters, bisexual employees of NSW Government agencies are protected against unlawful termination, because section 772 of the Fair Work Act 2009 (Cth) applies. However, the adverse action protections in section 351 of that Act (which prohibit mistreatment during employment) don’t apply because they must also be prohibited by an equivalent Commonwealth, state and territory anti-discrimination law – which is not the case here.